Understanding the costs that are involved when it comes to a Phase I or Phase II Environmental Site Assessment is crucial. Since many people aren't familiar with what's involved with either process, we get a lot of people asking us the same question over and over again, which is what is the difference in cost between a Phase I and Phase II Environmental Site Assessment?

Hey folks, this is Dennis Ruhlin from Resource Management Associates. In this video we’ll explain how Phase I and Phase II costs are related, along with some of the key variables that impact costs and what you could expect to pay for both a Phase I and a Phase II ESA. Let's start with Phase I costs. Long story short is the price is variable, but will usually cost, on average, somewhere between $2,000 and $4,000. Yes, some will be more expensive and some might be cheaper, but that will all depend on the variables of your particular job. Let's go over some of those key variables real quick.

The first variable is the location of the property which usually impacts the amount of time necessary for viewing records as well as travel times and costs incurred traveling to and from the property.

The second variable is the property itself, the buildings on it, the size of the property, etc. You can expect a small, undeveloped piece of land would likely be cheaper than a large industrial complex.

The third is non-scope items, meaning anything outside the scope of the ASTM standards. Things like lead, mold, endangered species evaluations, or even environmental compliance audits are all non-scope items. Of course, they can be tacked on to the project, but they will raise the overall Phase I project costs.

The fourth variable is the amount of properties. More properties means higher project costs, but there might be a buy in bulk discount meaning your cost per Phase I could be lower.

The fifth variable is the qualification and expertise of the company and environmental professional you hire. Some experts out there cut corners and aren't very well qualified, while others are extremely well trained and really on top of their game.

And finally, the sixth variable is pretty simple, time. How quickly do you need your Phase I done? If it's a rush job, chances are you can expect to pay some type of expedited service fee on top of the base Phase I costs.

So, let's suppose a Phase I you purchased has recommendations for Phase II work. Let's say you paid $3,000 for the Phase I. What can you expect to pay for that Phase II?

The short answer, unfortunately, is it's almost impossible to pin an accurate number down. We've seen Phase II cost range anywhere from a few thousand dollars to well over $100,000. The problem is, that's too big of a spread to find a reasonable average for Phase II costs. Let's break down what goes into the pricing of a Phase II by setting up a hypothetical scenario.

Assume a Phase II is being proposed because some type of contamination is suspected. First, we have to determine what type of contamination it might be. If you're dealing with a 275-gallon residential heating oil tank buried in the ground, we’ll probably have a pretty good handle on what to expect. Conversely, if the property was used for the dumping of unmarked 55-gallon drums, then who knows what could be involved. It could be anything from petroleum products to radioactive waste, to who knows what else. Point being, the type of contamination would normally impact the type of investigation and then determine what needs to be tested, how it's tested, and if any additional services, such as ground penetrating radar scans of the property, test wells being dug, or other services are necessary.

For example, are you testing groundwater? Are you testing soil? Are you testing air? Are you testing all three? Are you testing for hydrocarbons or for a material that is extremely toxic and hazardous to human health and safety to the point where specialized collecting and testing procedures are necessary? How much testing needs to happen? How long does the testing take? What type of specialized equipment or knowledge is required to conduct that testing? It's all going to depend on what the Phase II was trying to look for, and will all impact the cost of that Phase II. Add them all up and you're looking at a huge range of costs.

The thing to consider is the potential extent of contamination. Use the prior example if the Phase I indicated the potential for one 275-gallon tank in the ground behind a building, you have a decent idea of where the investigation needs to focus. Conversely, if you were to say somewhere on this 10-acre property is a buried leaking 500-gallon storage tank; it's going to take a much longer time and a lot of energy to find that tank in the first place. I'm not talking about the type of contamination, but physically the area where the contamination would spread. The area, and extent being investigated will also impact the cost of these two pretty significantly.

The final cost factors are again going to depend on the property, the process and more specifics of the project. If soil needs to be tested, which is underneath an existing building, it's going to be pretty hard and expensive to get those samples. If the Phase II needs to be completed very quickly, again, it will probably mean a more expensive project. If any sort of special equipment or expertise is required at some point in the process, it will again likely drive costs up.

So, what a Phase I cost for a Phase II costs? Again, a Phase I will routinely run somewhere in the $2,000 to $4,000 range, with some being more or less expensive it all depends. A Phase II can cost anywhere between a few thousand dollars to $100,000 or even more. Again, I know that's a huge spread but the reality of the situation is it's almost impossible to pinpoint a number without knowing the specific details and the variables that go into your project.

The reality is there's no easy answer because it all depends.

That about does it, if you have any questions or comments leave us a message down below, email us or give us a call anytime. Thanks, and will see you next time.

We explain the connection and costs of a Phase I ESA & Environmental Audits. In today's world, two of the most powerful tools to determine overall environmental status are Phase I Environmental Site... 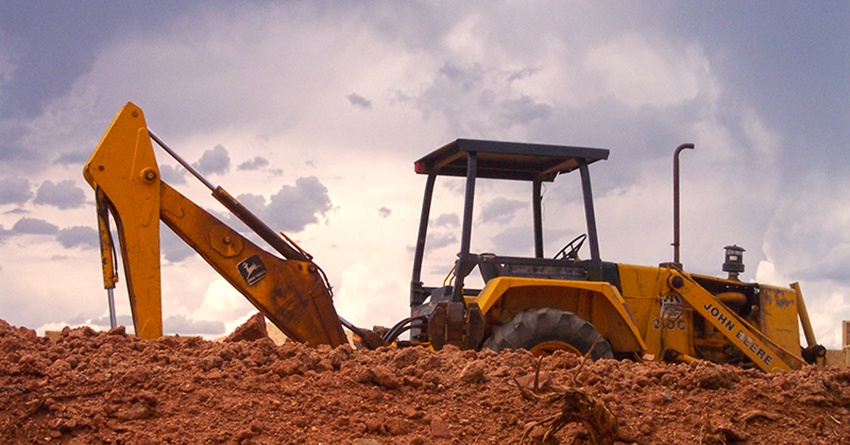 We explain the difference in Phase I & Phase II Environmental Site Assessment Costs. A prospective buyer or someone refinancing a property can face a lot of questions. We find that most folks don't...

How much does a Phase I ESA cost in Florida?

Learn how much a Phase I Environmental Site Assessment might cost in Florida. Regardless of whether you're new to the topic of a Phase I ESA in Florida, or you're familiar with them, one of the...