How long does it take to get a NJ recycling permit or approval?

Lots of folks are shocked to learn how long it takes to get a recycling approval or permit in New Jersey.

Getting a New Jersey recycling permit is not exactly a walk in the park. With strict regulations, multiple levels of approvals, and a whole lot of government employees having a say in the process, getting a NJ recycling approval, can, and routinely does, take a long time.

We get a lot of folks calling us or shooting us an email who are interested in opening up a recycling business in New Jersey. Unfortunately, many of those folks quickly change their mind for one simple reason. The length of time it takes to get a NJ recycling permit.

As it stands right now, we've probably gotten more recycling permits and approvals in New Jersey than any other consulting company out there. I'm not saying this to toot my own horn, I'm saying this because I believe we're pretty well equipped to honestly answer the question of how long it takes to get up and running, because regardless of what you want to recycle, eventually the question comes out:

"How long is it going to take to get a New Jersey recycling approval?"

And it's one of the better questions out there when it comes to NJ recycling permits because it's a tricky, and complicated answer.

Long story short, if you don't have a very good handle on the length of time that the process takes, there's a pretty good chance you're going to make some very poor business decisions. Worst case scenario (which I've unfortunately seen a number of times), you might even wind up abandoning your goal of opening a recycling business in New Jersey altogether.

So knowing the answer up front, before you begin, of how long it is going to take you to obtain a New Jersey recycling approval or permit, is key to making the process as painless and manageable as possible.

How long is it going to take to obtain a NJ recycling permit?

First things first, this is going to depend on your class of material you're recycling. Not sure about what class you fall under? Check out New Jersey Recycling Permits & Classes of Recyclable Materials to learn more.

Also, be sure you don't qualify for a New Jersey recycling exemption. They can be a cheap, fast way to get up and running, but they're fairly strict and narrow with what you can and can't do, so be sure to learn what a NJ recycling exemption is before you try to get one.

Ok, so now that you know the material to recycle, let's work through this.

NJ Recycling on the Local Level

This really isn't a first step per se, but it usually becomes one.

Nearly every county in New Jersey requires some form of approval or support for your proposed recycling operation from the host municipality, whether it's a township or city.

This might take the form of a resolution from the Mayor or Town Council, or it might even take the form of some type of municipal approval. But, something to prove that your municipality wants you there operating a recycling business, and is in support of your operation is absolutely necessary.

Without this, you're usually stuck at the starting gate. If you don't get along with your municipality, or they don't want your business in their town, you need to consider taking your operation elsewhere.

The quickest we've ever breezed through this step was a few weeks, the longest ran into months. So, let's split the difference and call it 2 months, as that's a fairly normal amount of time this step will take.

NJ Recycling on the County Level

You've got your local approval, now it's time to take a step up, which involves obtaining approval from your county.

To be specific, what you're really looking for is for the county to include your recycling business and operation into the County Solid Waste Management Plan, which is essentially a big book detailing where garbage and recyclables go within a county.

This usually involves a detailed application which the county reviews (often slowly), public meetings, a resolution from the County Board of Freeholders, county fees, and other similar things. This can, and normally does, take a long time.

And, every county in the state is different in every aspect when it comes to this. So if you're opening a few recycling facilities across New Jersey, expect each facility to take a different amount of time.

The quickest we've ever gotten through this step is around two months, while the longest was about a year. For argument's sake let's call it 7 months, as that seems fairly typical from our perspective.

NJ Recycling at the NJDEP Level

Once you're done with the county it's usually (but not always) smooth sailing.

When you're at the NJDEP stage, you'll be required to submit a very detailed application for the appropriate type of recycling approval. Again, this often results in a lengthy review, as well as some back and forth between you and the NJDEP. However, it's usually easier, there's less input, and from our experience, once you're at this level it's very likely you'll be issued a NJ recycling permit.

The quickest we've ever gotten through this final step was two and a half months, but usually this step takes between 6 and 9 months or so. Again, for argument's sake, let's call it 7 months.

So, how long does it take to get a NJ recycling approval?

Well, following the numbers I outlined, at the absolute quickest it could take 6 months. However, in over 20 years of doing this, I have never had obtained an approval on a client's behalf in this amount of time. While possible, it is very, very unlikely you'll have a NJ recycling permit in 6 months.

The absolute longest? You're looking at over 2 years if everyone, and I mean everyone, drags their feet. So again, while possible, it's unlikely you'll have a New Jersey recycling approval take over 2 years to get.

What can you expect? Somewhere in-between! It takes me, from start to finish, anywhere from 10 to 20 months to get a recycling permit in New Jersey. And I do these multiple times a year, have them down to a science, and have eliminated as much redundancy and wasted time as possible.

IT TAKES HOW LONG TO GET A NEW JERSEY RECYCLING APPROVAL?!

I hate telling folks this because it scares away a lot of folks, but 10 to 20 months is a very real, very accurate time frame.

Once I tell them how much the NJDEP recycling fees are that tends to scare away the rest, but it's absolutely necessary to get this information out front and center so there's no false hopes or unrealistic expectations.

Remember, you cannot begin running your operation (in most cases) until you have that approval in hand. And, you can't get an approval without having a facility, so just consider you could have two years of rent, salary, utilities, etc. to be paying while you wait for your approval to be finalized.

It's a large, expensive hurdle to overcome, especially since you're not running your business. 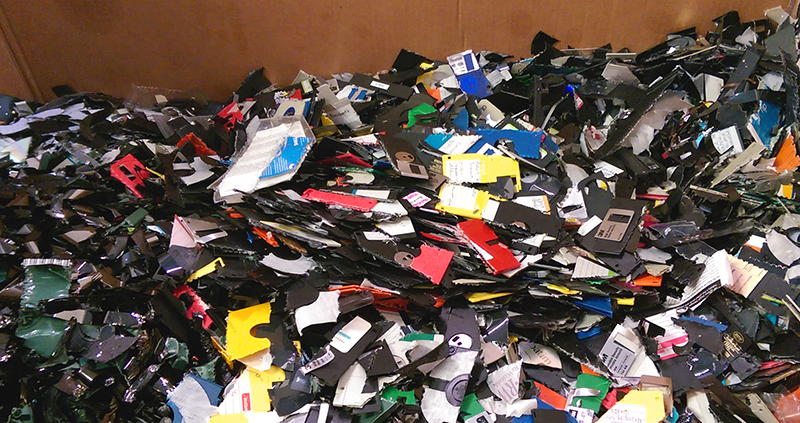 Ok, I get it. Getting a New Jersey recycling permit takes a long time. How can we speed it up?

Here's what typically gets people through the process faster:

So if you're thinking of opening a new recycling business, be clear about the time involved. While we can use some tricks to shorten the process as much as possible, you still need to be prepared for many months to a year at the minimum.

Sorry folks, this may be not what you wanted to hear, but it's the truth.

Obtaining a recycling approval in New Jersey is not a sprint, it's a marathon. Being prepared for a marathon is your best business decision, and will help you ultimately cross the finish line - and start your recycling business. To learn more about New Jersey recycling permits and approvals, click here to contact us or call us at 609-693-8301 to learn how to get started recycling in New Jersey today. 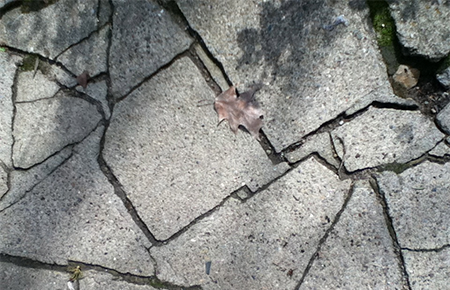 NJ Recycling Permits, Exemptions, and Why Recycling in NJ is Broken

We disucss what we've seen over the last 20+ years working with various recyclers in New Jersey, and why we think the process and industry of recycling in New Jersey is flawed and broken. We get a...

Should I get a New Jersey recycling exemption or a permit instead? 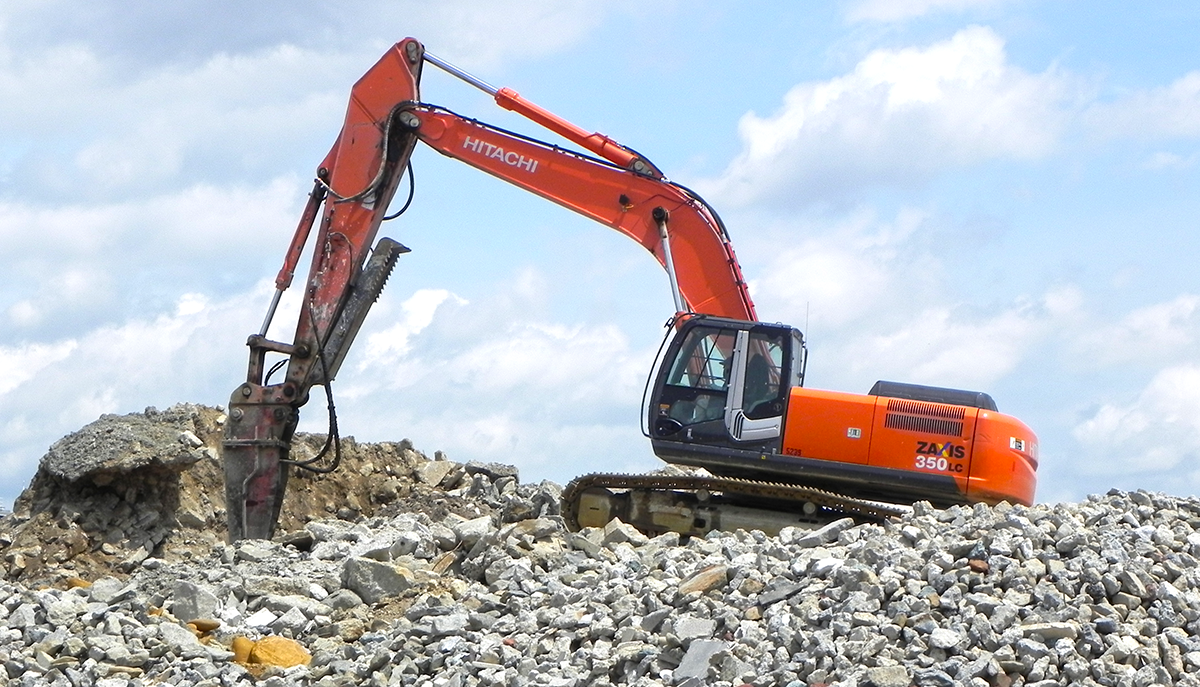 What New Jersey recycling permit or approval do I need?

Starting a recycling business in New Jersey sounds like a great idea. After all, you're starting a new business, hiring employees, paying taxes, and doing something good for the environment! But...