What are stormwater discharges in New Jersey? 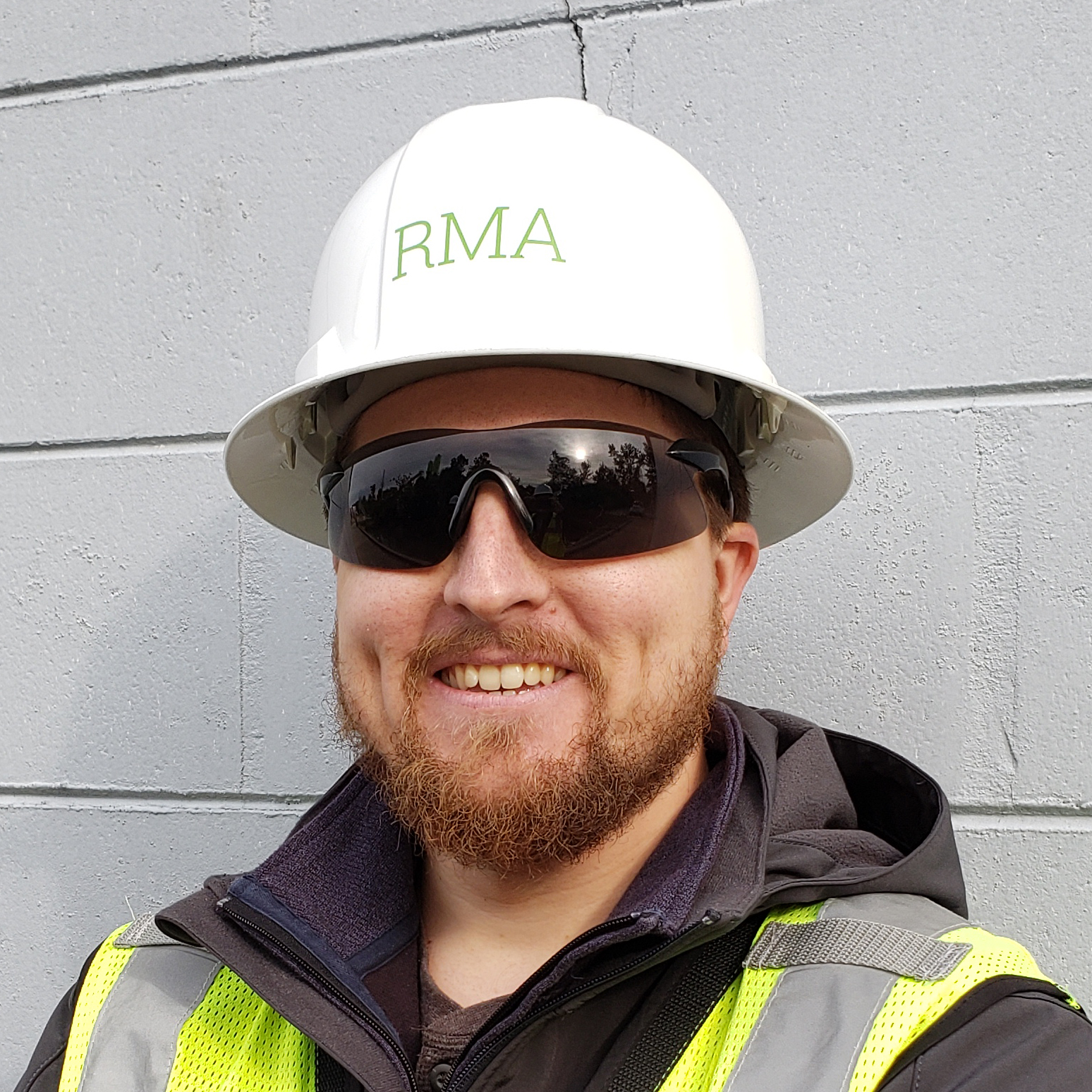 How to understand stormwater discharges in New Jersey.

We throw around a lot of technical jargon on this site. NPDES permits, SPCC Plans, TRI Reporting, etc. etc. Sometimes these terms pile up and become confusing, often making a simple subject appear considerably more complex than it should be. One area that gets very confusing due to regulations, acronyms, and general misinformation is stormwater, specifically the specific regulations in the actual NJPDES permits in New Jersey.

So this is a bit of an old story, but an important one none-the-less. Awhile ago we picked up a new client in the southern part of New Jersey, down by the Delaware Memorial Bridge, who was having issues with his stormwater permit. No big deal, it happens to a lot of folks.

Well, it turned out that he understood most of his permit just fine, had just been given a string of bad advice from a regulator. Surprise, surprise…

This guy had a site that generally all flowed towards one massive low-lying area, where water would pool and eventually soak into the ground. Because of some bad advice and confusing information, the guy eventually just came out and asked:

Ok, so what is a stormwater discharge in New Jersey?

It's a great question, which takes a little bit of explaining because NJPDES stormwater permits and stormwater regulations in New Jersey are a bit complicated. Surprise, surprise…

What is considered a stormwater discharge in New Jersey?

Well, first off, welcome to New Jersey, where regulations are often pretty outdated. No, seriously about half of our NJPDES stormwater permits are several years expired at this point.

But you're here for discharges, so let's discuss, and let's start with what is stormwater?

Stormwater, simply enough, is the water that comes from a storm. Rain, sleet, hail, snow, and ice are a few examples of any form of precipitation from a storm event that ultimately become stormwater. When in doubt, remember this.

For it to be considered a stormwater discharge, it has to fall on and flow off of your site and be discharged to a "water of the State of NJ". This could be anything from a construction site, to an industrial facility, to a municipality (yes, municipalities and townships in New Jersey need stormwater permits too).

But! A regulated stormwater discharge (which is what you're concerned about) only pertains to industrial areas, or areas of activity on your site.

For instance, if you own 20 acres, and your operation takes up 10, and the other 10 are wooded land, then the 10 acres where you operate your facility are regulated, while the wooded parcel is not. Likewise, a construction site is regulated, as is a large city or municipality (all of it).

So to review, a stormwater discharge in New Jersey is stormwater that falls on industrial areas, construction sites, or within large, regulated municipalities, and exits your site in any fashion and is then discharged to a "water of the State of NJ".

Now, why do I say any fashion? Because there's two distinct ways stormwater can exit your site in New Jersey.

This is what the guy I mentioned above was dealing with. The concept might seem a bit confusing, but bear with me.

Let's say you have a large depression on your site. It could be a naturally low-lying area, or an area that's been excavated for whatever reason, but it doesn't really matter, the point is you have an area where water is going to accumulate.

The water is going to flow into that area, build up, and eventually disappear by soaking into the ground, and evaporating back to the sky.

Yes, some is going to evaporate, but usually the majority of that water is going to slowly seep into the ground. The water infiltrates through the unpaved surface and makes its way down through the ground, eventually possibly ending up mingling with groundwater. Depending where you are in New Jersey, that groundwater could be a few feet to a few hundred or even thousand feet below the ground.

The stormwater discharged to groundwater. Which is, a "water of the State of NJ".

Some examples of this happening are stormwater retention basins, unlined settling basins, ponds, pits, etc. As long as it's unpaved, and water collects there and 'disappears' into the ground, consider that a stormwater discharge to groundwater in New Jersey.

Pretty much everything else falls under this category. If stormwater leaves your site through a pipe, catch basin, culvert, or just flows into an existing water body, then it's a discharge to surface water in New Jersey.

We tend to hear a lot of folks say things like 'my stormwater goes into a drain into the sewer' or 'my stormwater runs down the street to who knows where!' These folks are generally arguing that their stormwater doesn't discharge to any surface water.

For instance, that drain is going to connect to another drain, and then another, and then eventually discharge somewhere, such as a river or the ocean. And the same goes with discharging to the street. That water will also eventually hit a drain and will eventually end up dumping into a water body, which is a "water of the State of NJ". 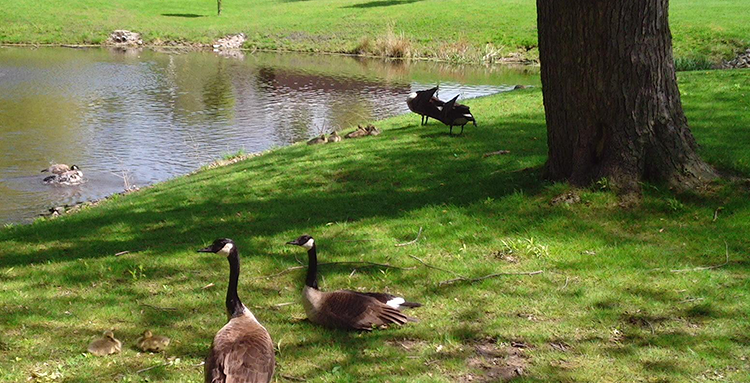 I'm in New Jersey, so which stormwater discharge do I need to worry about?

Great news, you have to worry about… both!

I'm kidding of course. Most other states in the country do not regulate groundwater discharge in their stormwater permits, but New Jersey does. Your NJPDES Permit will outline exactly what you need to know and have to worry about.

In New Jersey, stormwater permits require you monitor both discharge to surface water and discharge to groundwater discharges. Both these discharges have different requirements which will be laid out in your NJPDES permit, but you have to monitor them none-the-less. 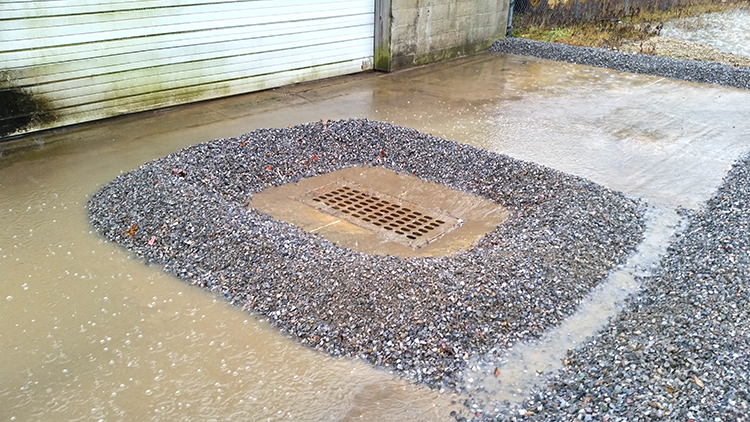 In New Jersey, process water is not stormwater.

Remember above I mentioned process water? Let me digress real quick because this is an issue that gets a lot of folks in trouble.

Think of it this way, the water you need to use during your daily operation or any processes at your facility is process water.

Any New Jersey stormwater permit only allows the discharge of stormwater, not process water. You can get an NJPDES permit for a process water discharge, but it's not easy, usually very expensive, and it puts you under a microscope with the NJDEP.

Trust me, you don't want that.

Another thing to remember is any stormwater that mixes with process water becomes process water, no matter what.

I'm a big advocate of what I like to call the 'Dry Day Test'. It's so simple anyone can do it.

Go outside on a dry day to where stormwater normally leaves your site. Is there any water there? If yes, you have a problem. If no, then you're ok!

New Jersey stormwater permits are a mixed bag, there's a bunch of them, and they can be confusing. Don't let that cause you problems though, stay ahead of the curve. Educate yourself, or if you're in over your head, call an expert. To learn more about NJPDES permits and stormwater issues in New Jersey, click here to contact us or call us at 609-693-8301 to learn how we can help get your squared away with any issues with your New Jersey stormwater permit.

Chris
I spend a lot of my time out in the field, working with clients on a 1-on-1 basis, helping them understand the ins and outs of their permits, approval... read more