What can I discharge with a NPDES stormwater permit?

Learn what you can and can't discharge with an NPDES stormwater permit.

Many of our clients are covered by some sort of NPDES permit at their facility. Throughout the years we've heard from them, and others from all over the US that the language in their permit is confusing, or that regulators have given conflicting or incorrect information, so they turn to us for help. It makes sense since NPDES stormwater permits can be weighed down in regulatory language that often comes across as gibberish. Some states have a specific permit for specific industries, some state's permits are easy to handle, while other permits are downright archaic and confusing.

One of the most common things our clients ask us is plain and simple, what can they discharge with their NPDES stormwater permit? This is a critical question to get correct so you can understand what you can (and cannot) discharge under your NPDES "stormwater permit". If you get it wrong, you can be looking at being out of compliance, notices of violation, monetary fines, or other harsh penalties.

Simply put, you can't risk it! So, let's dive in and explain what you can and can't discharge with your NPDES stormwater permit.

What are NPDES stormwater permits?

Before we get into the details, let's go over some basics first off.

For starters, NPDES permits were first created by the USEPA as part of the Clean Water Act decades ago. Those letters stand for National Pollutant Discharge Elimination System, which is a fancy way of describing what pollutants you're allowed to discharge from your facility. This is essentially the baseline, or foundation, for all NPDES permits.

Your state, whether it's the DEC in New York, the DEP in Florida, the DEQ in North Carolina, wherever, took the permit designed by the USEPA and built upon it. They tweaked, changed it around, and tailored it to the state they represent and it then became their own state-specific NPDES permit. In fact, many states even go so far as to call them something different, such as the NJPDES permit in New Jersey, or the VPDES permit in Virginia.

While the concept is the same, NPDES permits administered by your state department are going to be completely different from your neighboring states. Some cover groundwater discharges, some are industry-specific, some are strict, some are easy to deal with. They're all different.

So what can I discharge with my NPDES permit?

When someone asks me what they can discharge from their site, it's critical I make sure they're talking about water. I know this sounds obvious, but you technically could discharge a plethora of things from your , such as oil, chemicals, waste or sewage materials, or hazardous wastes. When it comes to an NPDES permit, we're only looking at water; either man-made process water or stormwater. That's it.

First, let's be clear about the differences in what you might discharge from your site. Normally, this is a discussion of stormwater versus (non-stormwater) process wastewater.

Contrary to what a lot of people think, rain isn't what's regulated under an NPDES stormwater discharge permit. No one regulates the rain that falls from the sky, they regulate the stormwater which has come into contact with source materials capable of imparting pollutants which are then discharged (directly or indirectly) to a water body.

That's a mouthful but basically says if it rains on your facility, the rain and/or runoff that contacts the material and equipment on your site and becomes polluted, runs off and is discharged either directly or indirectly into a water body, is regulated and requires a permit. The permit in question is an NPDES stormwater permit.

But what if it's not raining, and your facility is doing something that generates a water discharge like cleaning equipment, or generating wastewater from processing activities, or any other of an unlimited number of processes?

Is the water that you generate stormwater? No!

So think of it this way: you either have stormwater or you have process wastewater, or you have both. Many industrial facilities have both.

Note that I said "directly or indirectly" above? Think of it like this: your facility is located next to a lake, stream, or river. Your stormwater, or your process wastewater, runs off your site directly into that lake, stream, or river. Pretty clearly, that's a direct discharge. Suppose instead your stormwater runoff or process wastewater discharge instead runs off your site down into the public roadway and into the public sewer system where it goes to some distant discharge or treatment facility. That is an indirect discharge.

What's the difference? There almost isn't any (there are technicalities, and in reality yes there are differences, but for the sake of this article let's just say that it's all regulated equally). The point is you don't have to actually be able to see your discharge go into a waterbody to be regulated. It's all regulated!

One more important thing before getting to our answer. Too many get caught up on the issue of a discharge "off my site" or "from my site" or any other terminology where a facility thinks they can wiggle out of the regulations.

Wrong way to think! Don't try to play semantics with regulators because you'll lose! It's not that stormwater leaves your site that's the key, but that it's discharged directly or indirectly to a waterbody.

Let me give you an example. We have a client who has a large site with a stream running right through it. Their stormwater runoff goes directly into that stream (with an NPDES permit, of course). Would you say it leaves their site? Not exactly. Instead, it runs into the waterbody located on their site, which we can consider as belonging to everyone, so it's not yours from a water quality standpoint. The same thing could be said if there's a storm drain system running under your site that you drain into. It may not "leave your site" relative to your site boundaries, but you are indirectly discharging nonetheless.

Okay, let's finally get to the answer.

How do you know what you can discharge according to your NPDES permit?

Go is to your NPDES permit and read it. That's it! That's where you can find your answer. There is (because of the reasons we described above) no firm right or wrong answer that can apply to everyone. Every state is different, industries are different, and the various permits out there are all different. The only way you can be sure is to read your permit!

Now that you understand the difference between stormwater and process wastewater, you should have no problem getting this right, right?

And as we previously said, these NPDES permits vary considerably, you really need to read them carefully. If you can't make heads or tails of it, get in touch with an expert and get help. You can't afford to get this wrong.

What happens if you're discharging the wrong thing?

If your permit only allows you to discharge stormwater, and you're discharging both stormwater and process water, STOP IMMEDIATELY. This is not allowed under your permit.

You need to eliminate the process water discharge and address the situation ASAP. If you can't figure it out, or there's an issue, or for any reason you think you might be in over your head, talk to an NPDES expert immediately!

You've got to be aware of this, and be vigilant every day to safeguard against the discharge of things not allowed by your NPDES permit. If process water is leaving your site, and it's not allowed to be, you could be facing BIG repercussions because of this.

How do we know? We read the permit very, very carefully to see what discharges were allowed and coach our clients on what they need to know, including how to be on the lookout for any process water discharges.

So the answer to what you can discharge is, it depends. It depends on what permit you have, what that permit allows, and what you actually do. If your permit and your discharge up, fine. If it doesn't, then you have a problem and should get some help, quickly, before you get into trouble, let alone before you impact the environment. And the bottom line is this, YOU really need to know the answer to the question, since if you don't, you're at serious risk.

For a lot of folks out there, this is a pain to deal with. After all, you have a business to run! If you're overwhelmed, you're not alone. RMA has been actively involved in helping companies get and stay in compliance with stormwater permits across the United States since our founding in 1992. Long story short, we know the ins and outs of the environmental problems industrial and commercial facilities face and can help you get into compliance with stormwater permits and other applicable environmental laws and regulations, ensuring your business stays out of trouble and in compliance.

Our staff members have been on-site at thousands of operations across the country, so when we say we've seen it all and done it all, we mean it. We've helped everyone, from globe-spanning, multi-national organizations to small "mom & pop" operations. No matter your size or location, we'd love to learn how we can help.

So, if you're having any type of issue at your facility and need the help of an environmental consulting firm with a proven track record, reach out. Even if we can't help, we’ll do our best to steer you in the right direction. Feel free to contact us at info@rmagreen.com, click here to contact us, or give us a call anytime at 888-RMA-0230 to learn how we can help your facility deal with stormwater permits and other environmental regulations.

What is a stormwater permit?

Learn the difference between stormwater and process waste water. When it comes to NPDES permits, whether you're in New Jersey, Florida, Hawaii, you name it, there's a huge difference with regards to... 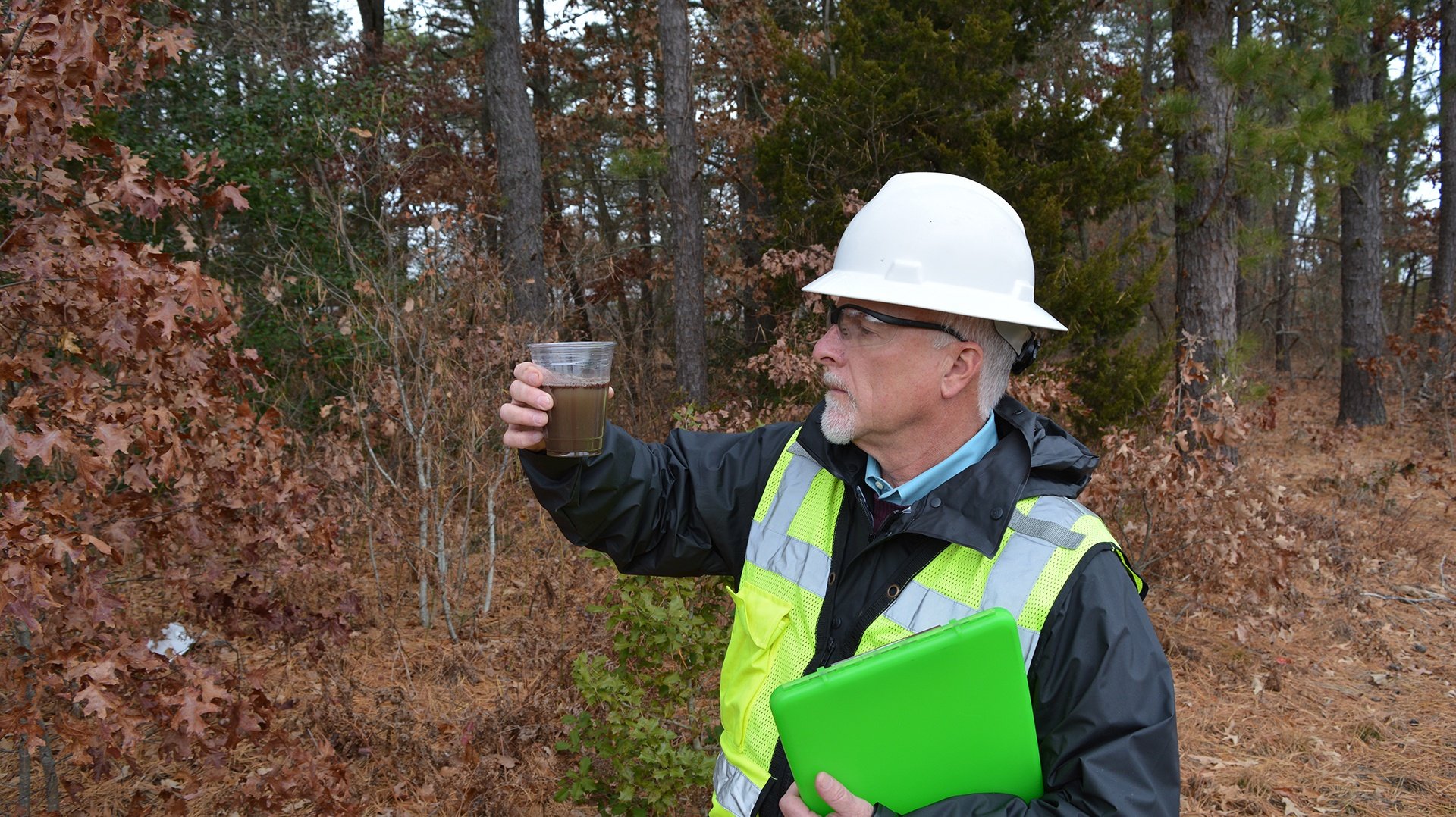 How to do a stormwater visual inspection the right way.

Here's how to do a stormwater visual inspection. Nearly every NPDES stormwater discharge permit in the United States, from the Federal Multi-Sector General Permit (MSGP) to state MSGPs and other...