Learn what Hurricane Harvey or Irma means to anyone with NPDES stormwater permits.

The recent devastating hurricanes to hit the United States dropped unprecedented, record-setting amounts of rainfall on areas in Florida, Texas, and many other states in the continental U.S., as well as the U.S. Virgin Islands and Puerto Rico. The destruction from both Hurricane Irma and Harvey was massive and unfortunately resulted in numerous deaths, the ultimate tragic result of these hurricanes.

Likely at this time, the last thing anyone is thinking about is their stormwater permit, but there are some lessons to be learned surrounding these hurricanes and the level of flooding and the implications for NPDES stormwater permit holders that are worth taking into consideration.

These hurricanes generated record amounts of stormwater, which not only resulted in "stormwater discharges" from regulated facilities and communities but also flooded them or covered them with several inches or feet of stormwater. How does a stormwater permit held by permittees deal with these sorts of situations due to flooding or hurricanes? Does this represent a problem for permit holders? Could events caused by a hurricane or flooding result in some sort of violation or non-compliance issue?

What do flooding and rain from hurricanes mean to my NPDES stormwater permit?

These are great questions, often because, in our opinion, so many NPDES stormwater permits across the country are inadequate to deal with hurricanes, flooding, and other types of situations. That's understandable to an extent since these recent hurricanes may have been well beyond 100-year storm events, meaning that they might be expected no more than once every 100 years, or that in any given year there is only a 1% chance of occurrence for specific areas in question, which is pretty far from "normal".

In fact, these storms, or "acts of God" as they are frequently called, are far from typical, and far from expected. The flooding, discharges, lack of control, whatever you want to call it, was in almost all cases not due to the action of permittees, but the storms themselves. It's easy to shrug our shoulders and forget about them, which is appropriate because given the more pressing issues in these hard-hit areas where there are more important problems to face right now due to these hurricanes.

Many NPDES permits address these types of conditions. Many are vague or silent on them. There is no consistency, since NPDES permits are administered by states, and they're all different. For example, during a hurricane, if there was a stormwater discharge from a regulated facility or property, and it contained unregulated pollutants or unacceptable levels of pollutants, does this constitute a violation of the Federal Clean Water Act or the applicable State regulations in delegated states? If your site flooded because of a storm like a hurricane, and the runoff included sediment, petroleum, trace metals, trash, fecal coliform, etc., is this a violation of your NPDES permit?

Could you, or should you, have emplaced BMPs (Best Management Practices) in advance of these major storms? Should you have sampled or controlled your discharge to ensure permit compliance? Unlikely, right? Certainly, in the midst of Hurricane Harvey, no one in Texas was worried about grabbing a discharge sample, nor were regulated facilities in Florida or the Virgin Islands worried about doing outfall inspections during the middle of Hurricane Irma. And certainly, the last thing on folks' minds in Puerto Rico was "I better go get a valid stormwater sample!" while Maria was making landfall.

So NPDES permits don't care about flooding or hurricanes?

We might be tempted to dismiss these events, figuring that "I don't get hurricanes like Irma, Harvey, or Maria" where I live. Or, these storms were so out-of-the-ordinary, they have little relevance to anyone other than those who directly faced the brunt of these storms.

And you're kind of right. No one in their right mind is going to issue a violation for unregulated or unpermitted discharges during the middle of storms like Hurricane Irma, Harvey, or Maria. We have clients all over New Jersey and New York, and they didn't receive violations while Hurricane Sandy was hitting us. Thankfully, common sense prevails, and I would hope that regulators and 3rd party environmental groups continue to use common sense in the future.

So, we can acknowledge that hurricanes are something serious that NPDES permit holders need to consider,  but that we can treat them as unusual natural occurrences and there shouldn't be an issue regarding discharges during a hurricane.

But what if your facility, your plant, your community faced a 50-year storm event? Or a 25-year storm event? Suppose there was local flooding from a few days of very heavy rains. Or that your outfall location was unsafe to gather a sample from? Suppose you had locally intense rainfall that overwhelmed your BMPs, and resulted in an unwanted and unplanned level of a pollutant release, such as a sediment washout, into a water of the U.S. or state in question? Would this be a violation? Very possibly, yes, it might.

As I said previously, many NPDES permits address this type of situation. They may specifically state something to the effect that all discharges are covered, however, any discharge over the XX-year storm is excused. IF, and that's a big IF, a storm event is considered an XX-year storm event, then chances are pretty good you're off the hook from things like monitoring, BMP control, etc. This "escape clause" works for situations like major storms, flooding, etc. It clearly says that during Hurricane Harvey, you're really not responsible for the discharge from your site, which is good considering many areas were under several feet of flooding, and human safety was of much bigger concern!

So here's a lesson for everyone reading this - get your NPDES stormwater permit out, and read it. Scan for the portion that states what the frequency storm event is beyond which the runoff or discharge from your site is "off the books". It might be anything beyond the 25-year storm, which is what we commonly see. Or it might be the 100-year storm (ouch, what are they thinking?!?!)

But what if your permit doesn't clearly contain that sort of information? Then you might have a problem.

In other words, like in so many other ways, some state's NPDES permits are clear, well-written, and sensible. Others, including many that we see and have clients operating under, are filled with vague, confusing language. There's no telling what type of permit you have; you have to pull it out and read it for yourself.

If your permit doesn't have one of these escape clauses, then you might be responsible for stormwater discharges from extreme storm events, as crazy as that seems. Not that many sane regulators will be going out and checking during these types of storm events, but you might be held responsible for sampling your discharge during that type of storm, for example. Crazy, ridiculous, and probably very unsafe, but that might be the case. But we can only hope that saner minds prevail in these cases.

The lesson here is this: you need to know what your permit says, and what types of storm events you're responsible for sampling / BMP implementation, etc., and which ones are beyond the ordinary and are considered "off the books". It can make a huge difference and might save you a lot of concern and aggravation at a time when you probably have much bigger things to worry about.

For a lot of folks out there, this is a pain to deal with. After all, you have a business to run! If you're overwhelmed, you're not alone. RMA has been actively involved in helping companies get and stay in compliance with stormwater permits across the United States since our founding in 1992. Long story short, we know the ins and outs of the environmental problems industrial and commercial facilities face and can help you get into compliance with stormwater permits and other applicable environmental laws and regulations, ensuring your business stays out of trouble and in compliance.

Our staff members have been on-site at thousands of operations across the country, so when we say we've seen it all and done it all, we mean it. We've helped everyone, from globe-spanning, multi-national organizations to small "mom & pop" operations. No matter your size or location, we'd love to learn how we can help.

So, if you're having any type of issue at your facility and need the help of an environmental consulting firm with a proven track record, reach out. Even if we can't help, we’ll do our best to steer you in the right direction. Feel free to contact us at info@rmagreen.com, click here to contact us, or give us a call anytime at 888-RMA-0230 to learn how we can help your facility deal with stormwater permits and other environmental regulations. 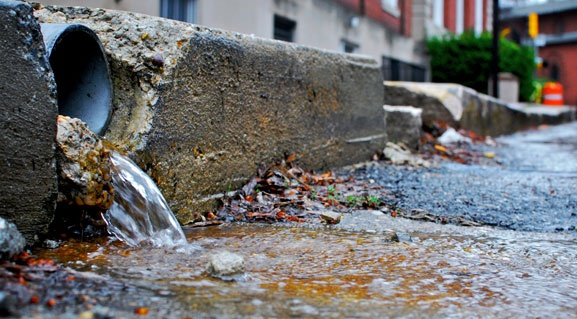 What is a stormwater permit? 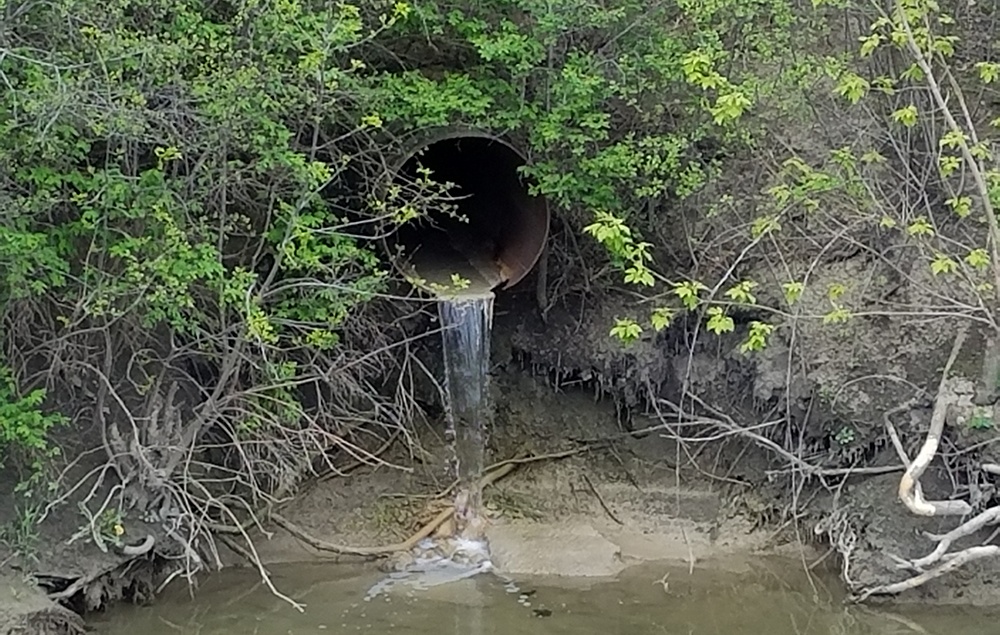 What can I discharge with a NPDES stormwater permit?

Learn what you can and can't discharge with an NPDES stormwater permit. Many of our clients are covered by some sort of NPDES permit at their facility. Throughout the years we've heard from them, and... 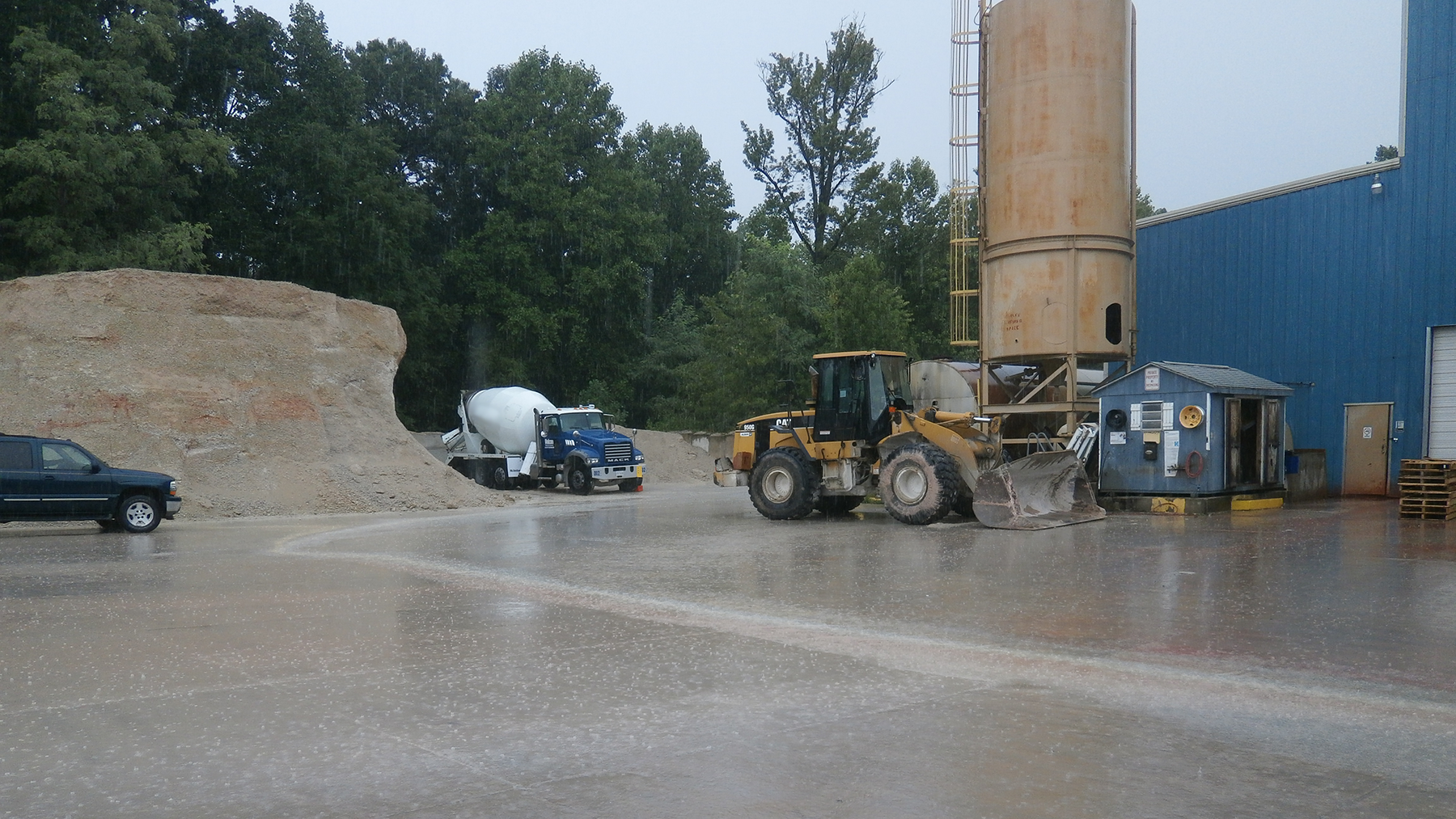 Learn the difference between stormwater and process waste water. When it comes to NPDES permits, whether you're in New Jersey, Florida, Hawaii, you name it, there's a huge difference with regards to...