We explain what TMDL, 303(d) Impaired Waters, and YOUR stormwater permit have in common!

I have an accountant because when I look at the tax code it's like reading gibberish. A lot of our clients hire us because when it comes to environmental regulations, they can also seem like gibberish sometimes.

For example, if you've applied for an NPDES permit of any type lately, or are about to in the near future, then you've probably run across some pretty confusing language that you're supposed to know and act upon.

One aspect of NPDES stormwater permits that I'm referring to is the strange world of TMDLs, 303(d) waterways, and impaired waters. Like a lot of government regulations, the rules are hard to read, confusing, but vitally important. In short, it's something that's confusing but pretty damn serious. Get them wrong, or fail to understand them, and you can find yourself with the wrong type of permit and in a lot of trouble. So like it or not, you really need to know something about them. 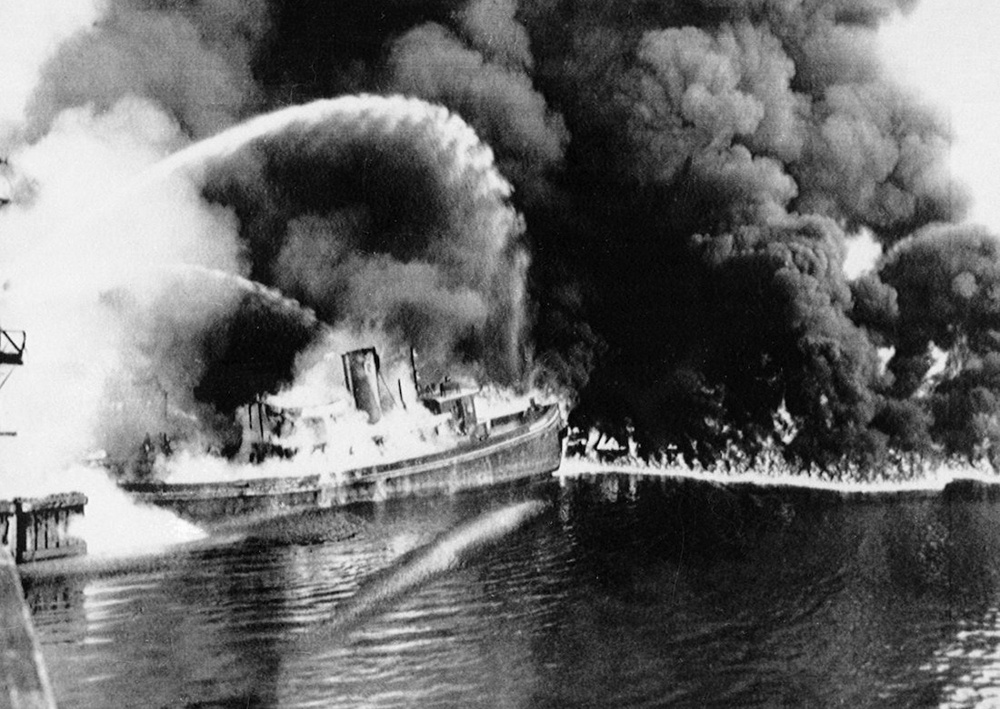 NPDES Permits came about in part after Cuyahoga River Fire in the 1960's. The short story is a river in Ohio caught on fire because of the extreme level of pollution. Needless to say, this was bad, and things needed to change ASAP.

So, in the early 1970s, the U.S. Congress passed into law the Federal Clean Water Act. In short, this is a very comprehensive body of regulations designed to evaluate how polluted our nation's waterbodies were, come up with some minimum standards that all waterbodies would be expected to meet, and to create a permitting program to put some constraints on the amounts of pollution that can be discharged to those waterbodies.

The goal was to clean up dirty, polluted waterways through the reduction or elimination of sources of pollution in order to help those waterbodies regain a level of healthy, clean waterway standards, and to remain that way.

And guess what? It started to work!

The Clean Water Act also required that each state a list, after careful evaluation, of the environmental health of each surface . Imagine a report card on water quality for rivers, lakes, bays, sounds, reservoirs, etc.

That list, of "impaired waters" of the United States as prepared by each state, is commonly known as that particular state's "303(d)" list, after the section of the Clean Water Act that requires the report listing all the impaired waterways. So each state is supposed to have prepared this list, and in most states, it's available on the internet for review.

But do these lists merely identify which are polluted? Yes, and no.

If waterbodies are "polluted", they are polluted due to some specific chemical or substance. Some water bodies are "impaired" due to the amount of petroleum discharged into them, and are relatively free of other contaminants. They're impaired due to petroleum.

Also, many are impaired due to the presence of an excess of sedimentary material (solids), creating an impairment due to solids.

There are also a lot of other types of pollutants which can cause impairment of a water body.

So the impairment list, known as the 303(d) list, won't just identify the Smith Creek as being polluted, it will identify Smith Creek as being impaired due to pollutant X, Y and Z, whatever they may be. And by the way, this listing in all states isn't complete. As you can imagine, this has been a very big task, and government often moves slowly. In some states, this evaluation process is still ongoing.

But that's just the first step. Okay, we've identified the polluted water bodies, and what they're polluted for. What's next?

Now, this is where TMDLs come in, which stands for Total Maximum Daily Load.

Think of it this way. Let's say you weigh 200 pounds, and you've been eating a certain daily amount of calories in order to stay that way. You've been staying that way for several years. That might be kind of like the current status quo with water bodies. They aren't getting any better, but they also (hopefully) aren't getting any worse.

That's what a TMDL is. It's the limit set by the government in order to achieve certain water quality goals.

But as you can imagine, TMDLs are very complicated things to determine and take even longer than identifying and listing impaired waterways on a 303(d) list. So for a hefty portion of the impaired waterways in this country, while they've been identified as impaired, the government hasn't gotten around yet to generating a TMDL for the waterway. They will eventually, but it may not be done just yet.

This all sounds pretty technical; what's this got to do with my stormwater permit?

I'll try to explain how this is all interwoven as best I can here.

Kind of like being a cook for someone who needs to lose weight and is on a strict calorie diet. You can't just do anything, you have to fit their dietary needs into the overall program.

And most importantly, do YOU discharge the pollutant for which the water body is impaired?

In short, discharging a pollutant to an impaired water could cause you quite a headache.

For example, if the waterway you discharge stormwater to under an NPDES stormwater permit is impaired for excess nutrients, but you don't handle, process, or have any nutrient material on your site, then you might be able to state this on your application or somewhere else like in your SWPPP and avoid all those additional restrictions. But if you do, then you'll likely have special conditions on your discharge, or have to seek another permit.

You might not be seeing this now in your state's stormwater permit application or stormwater permit, but you will, and probably soon. It's already present in the Federal Multi-Sector General Permit, and a lot of NPDES stormwater permits issued by states. It's coming to your permit soon!

It's critical to know this and to understand the impact that an impaired water body and/or established TMDL can have on your permit situation. Complicated, technical, but not all that hard to figure out and understand. Get it wrong, and you open yourself up to enforcement action from the government, or expensive lawsuits from environmental groups. But get it right, and it's really not that difficult to manage.

To learn more about the future of your stormwater permit, and the inclusion of TMDLs, click here to contact us online or give us a shout at 609-693-8301 to learn more.