What does a Phase I ESA look for? 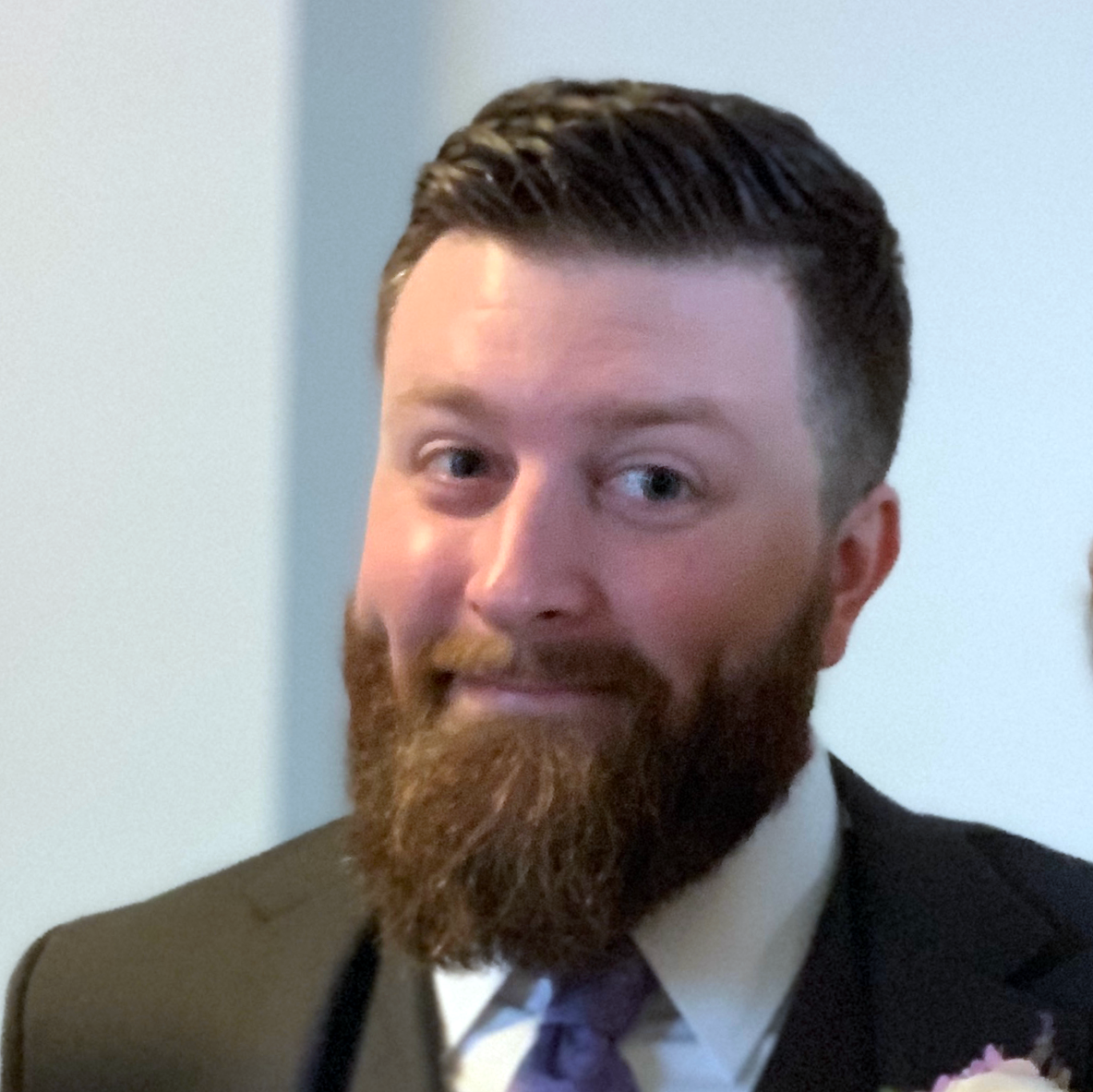 Learn what a Phase I Environmental Site Assessment looks for at your property.

We get a lot of phone calls from both current and prospective customers asking us a variety of questions regarding Phase I Environmental Site Assessments. Many of them tell us when it comes to a Phase I ESA, there's a lot that is unknown or just doesn't make sense. The problem is, the "rules" regarding Phase I's are complicated to read through on your own, and to top it off, you need to pay for them!

One of the primary questions we get customers asking us is what does a Phase I ESA actually look for? Makes sense since many people are either buying a Phase I for the first time, or know they need one, but aren't sure what they actually cover. Once we break it down, it's fairly easy to understand, so let's dive into the subject and learn what a Phase I ESA looks for.

What does a Phase I ESA look for?

You can buy a copy here and read the standard yourself (it's $74.00 by the way) or you can trust us to distill the info and give it to you. So these rules very, very specifically state what a Phase I ESA looks for, which is simply this:

That's about as clear as mud, right?

Here's the deal - a Phase I is looking to find either petroleum products (we all know what those are, right?) and hazardous substances (more on that below) that are in, on, or at a property because of some sort of release, like a spill or leak.

But what about the release wording? Let's go by the numbers and use a hypothetical example of pretty common thing Phase I ESA's look at - storage tanks!

So there has to be a release, a real chance of a release, or conditions that could have caused a release of either a hazardous substance or petroleum product. And that's it.

Here's some additional information you might find helpful on the subject:

Doesn't a Phase I Environmental Site Assessment look for contamination?

Sort of, but not really. A Phase I ESA looks for for the presence or likely presence, meaning we know it's there or we're pretty sure it's going to be there, of petroleum products or hazardous substances. So is a Phase I Environmental Site Assessment looking for contamination? Kind of. 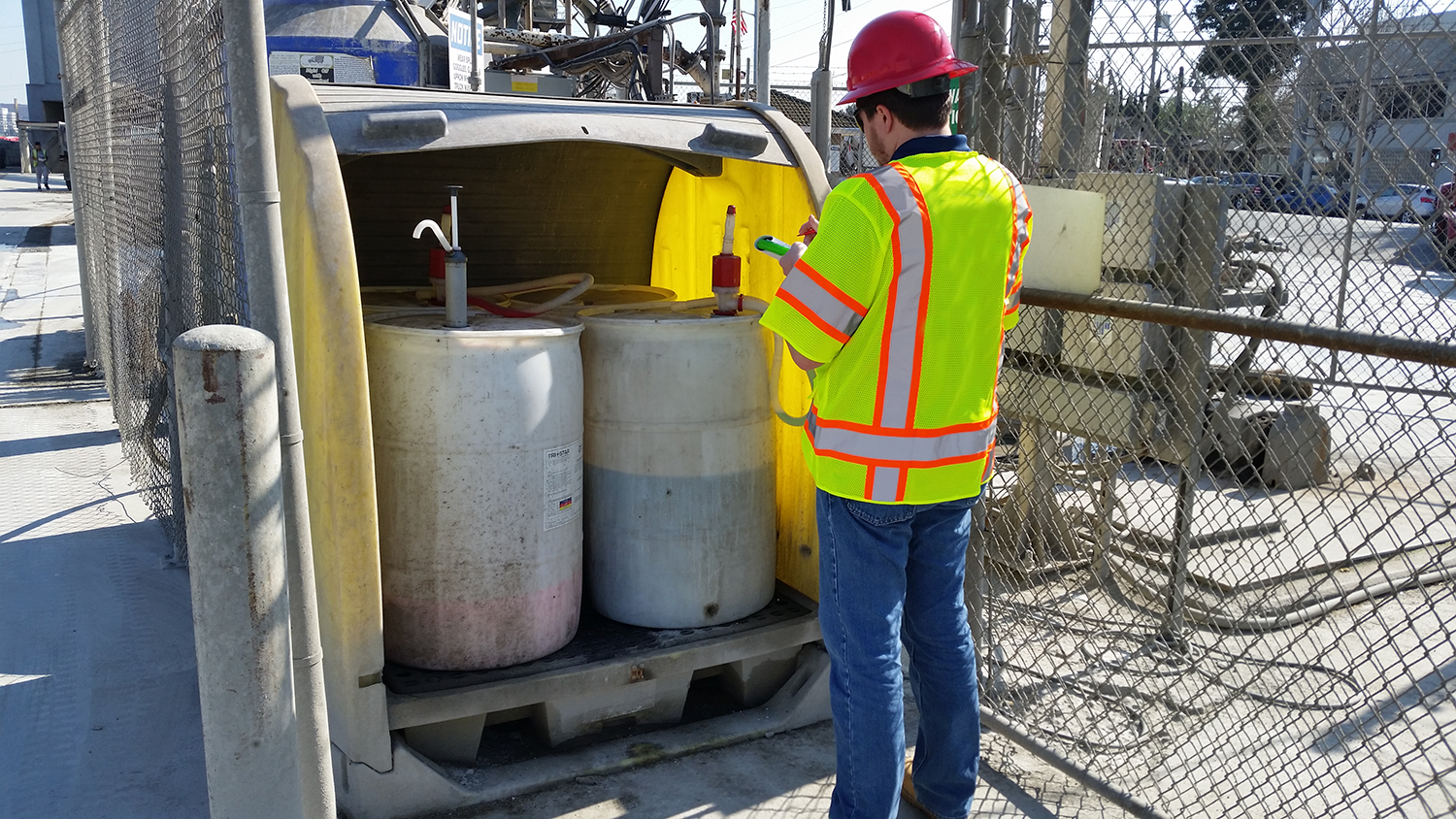 What are the hazardous substances that a Phase I Environmental Site Assessment looks for?

This is where people get hung up frequently. The hazardous substances a Phase I ESA looks for are tightly defined by the following:

Before you decide to navigate a federal website, I'll save you the hassle and tell you those lists and the items the USEPA deems as hazardous substances are long and full of hard to pronounce words of things most folks outside of a laboratory have never heard off. The lists features things like ethylene glycol, acetone, nitrates, acids, formaldehyde, heavy metals, etc. In orther words, hazardous substanaces!

Does a Phase I Environmental Site Assessment look for anything else?

However, if you did check out those hazardous substance lists above on your own, you might notice that both lead and asbestos are on those lists. So why did I just say they aren't looked for? Simple reason - when most people ask about lead and asbestos they're referring to things like existing lead paint or pipes, or asbestos in siding, shingles, tiles, or insulation. A Phase I isn't looking for these items in those forms. The environmental professional may comment on these items, but that's 100% up to them. A Phase I would be concerned about old asbestos flooring that was busted up and buried on-site, or old, unused lead based paint that was dumped into a hole at the back of the property. What's the difference? In both those examples the material in question has been released to the environment.

So again, a Phase I ESA done by the books will not look for anything else aside from the presence or likely presence of hazardous substances or petroleum products that have been, could have been, or are definitely going to be released to the environment.

For a full breakdown on what is and what isn't covered in a Phase I, check out some of the following articles:

What are some common things a Phase I ESA looks for?

Maybe you aren't concerned about the hazardous substances or petroleum products as much as what kind of things a Phase I Environmental Site Assessment is looking at. Well, consider what a Phase I ESA does for a second. The 4 main components of a Phase I are:

So barring the report itself, the other three things are looking for proof of releases to the environment at the property. But where does a release come from? What type of things does a Phase I ESA look for? Almost anything because a release can come from virtually anywhere. The options are limitless, and too numerous to count. The Phase I ESA process will take a look at things like storage tanks, equipment, vehicles, spills on neighboring properties, stockpiles or containers full of raw or refined materials, electric transformers, pipes sticking out of the ground, contamination from years ago you didn't know about as discovered in old reports, past property usage as discovered from historical documents, or even the normal use of items as they're intended, like pesticides, solvents, acids, or any other type of hazardous substance or petroleum product that could have been released to the environment.

The environmental professional conducting the Phase I will take a look at everything at the property (assuming they aren't cutting any corners!) and will comment about buildings, improvements to the property, the historical use of the property, any weird or unknown elements discovered during the Phase I process, and more. In short, a Phase I ESA is looking for a lot. Whether that information comes from the site inspection, from a conversation with someone from the property, or by digging through old records, that, and so much more, is what a Phase I ESA is looking for.

And a release doesn't need to be a big, flowing, monumental release either. It could be a slow drip that occurred for 20 years through a crack in a concrete floor. We've seen issues where residential properties were contaminated because the former owner liked to work on cars and motorcycles, and poured their used oils down the toilet in their garage which emptied into the sepctic system over the course of several decades, causing serious contamination.

There's a lot to learn about Phase I's, and I'm sure by now you're ready to either learn more or move on. If you're interested, I highly recommend reading some of the additional articles to educated yourself on the subject.

Want to learn more about Phase I Environmental Site Assessments? Click here to contact us or give us a shout anytime at 888-RMA-0230. 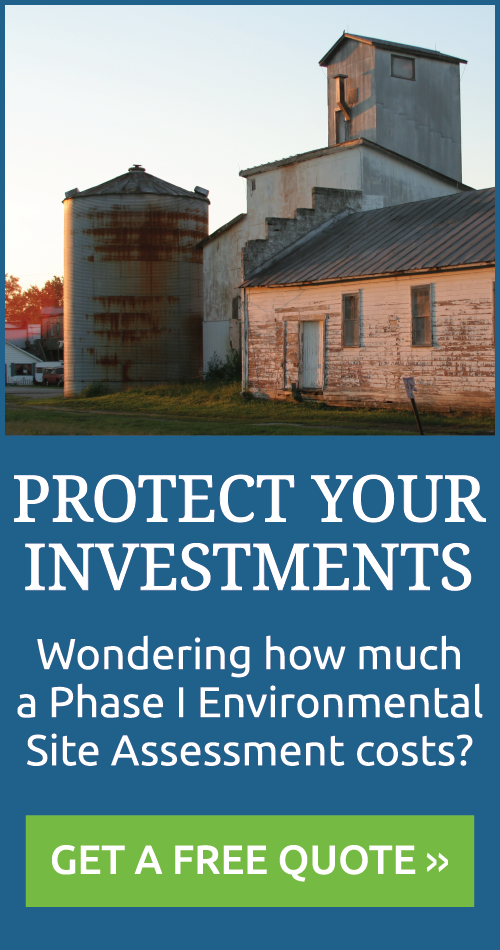 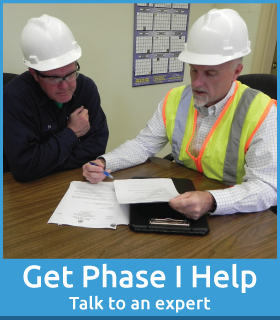