We explain why anyone with a New Jersey recycling approval should pay attention to A-901 Regulations.

Even more to the point, a lot of our customers don't realize what other environmental regulations New Jersey recycling centers need to be dealing with. All told, this means that a lot of people who want to get into the recycling game don't have the time, expertise, or wherewithal to go the process alone.

And here's where it gets even more complicated. There's now talk of adding on another regulation. I'm referring to New Jersey's A-901 License Registration regulation.

An A-901 License Registration History Lesson

While many of us think of recycling in New Jersey as a heavily regulated industry (and we're right), some folks think there needs to be more regulation. Specifically, they're referring to the A-901 Registration process.

Over the course of the last few years, there's been a few reports and news articles coming out every now and then regarding the relationship between organized crime & recycling in New Jersey. In fact, NPR did an article called The Mob Goes Green back in 2011 discussing the issue, and an article was published a few months back discussing new regulations called Bill looks to push mob out of N.J. recycling industry.

Additionally, a report was released a few years back in December of 2011 by the State of New Jersey Commission of Investigation called "Circumvention of Oversight: Industrious Subversion in Solid Waste and Recycling in New Jersey" which identified in-roads made by some folks into the New Jersey recycling industry with questionable pasts.

Conversely, the solid waste industry in New Jersey, of which recycling is considered a part of, has long had a poor reputation for having ties to organized crime. Now it seems the recycling industry is falling under the same microscope that other aspects of the solid waste business have been under for so long.

Let's not beat around the bush. To a large degree, the intent of the A-901 License Registration process was to weed out any organized crime elements from solid waste businesses in New Jersey who apparently were prevalent in the "old days" (before my time!). The State of New Jersey came up with a long, laborious, and very thorough process known to everyone as the "A-901" registration process. The name A-901 comes from the identification number of a bill that was introduced many years ago on the subject. It required that anyone involved in solid waste businesses in New Jersey (principals, relatives, key employees, and their businesses) to undergo a thorough background investigation by the state's Attorney General office with the assistance of the NJ State Police.

Pass muster by that background investigation, and you would receive your A-901 license. If a potential applicant for A-901 licensing had skeletons in their closet or had been associated with the wrong individuals, convicted of serious crimes, or otherwise is found to be unsuitable for participation in New Jersey's solid waste industry, then they wouldn't get an A-901 license. Without that license, they couldn't work in, get, or be a part of any solid waste business in the state. This included things like trash pickup, running a transfer station or landfill, acting as a broker of trash or other solid waste materials, etc.

Did it work? I'd think so, given the influx of large corporate players into the solid waste market in New Jersey. But maybe it didn't work 100% based on the results of the Commission of Investigation report. Now whether you think this is overblown paranoia or a legitimate concern, the writing is on the wall and change is coming to those with a New Jersey recycling approval.

Now while that all sounds good, there's one area exempt from needing an A-901 License. Recycling.

That's where the State Commission of Investigation reportedly report found problems. They reportedly identified some folks within various New Jersey recycling businesses, exactly the kind of people who the A-901 process was supposed to weed.

You're thinking so what, why would this have anything to do with environmental regulations, or anything coming from environmental consultants, right? Here's why. The report and investigations identified a number of serious environmental impacts associated with these various "recycling activities". Folks operating without certain permits, doing things they weren't supposed to and generally causing a detrimental impact to the local environment.

So yes there is a loophole of sorts. And I guess it's been exploited, at least by a few. So now the recycling industry is faced with pending legislation put forth recently in the senate. Senator Ray Lesniak, the same person who sponsored A-901 back in the 1980's, is aiming to plug this loophole. He's introduced S-2306, which requires A-901 approval for anyone involved in the recycling industry in New Jersey. The same kind of process applied to those hauling trash or operating landfills. While not law yet, I for one believe it has a strong likelihood of passing, for right or wrong.

Is it needed? We aren't ones to judge. We've worked with nothing but great recycling companies across New Jersey, ones we're proud to work with and who struggle through incredible bureaucracy and fees that most other businesses couldn't deal with. And, they do a great service to us all by recycling precious natural resources, conserve landfill space, and generally operating clean and sustainable businesses. They already go through a long, laborious and expensive permitting process, pay huge annual fees, and are inspected regularly, most as often as monthly. 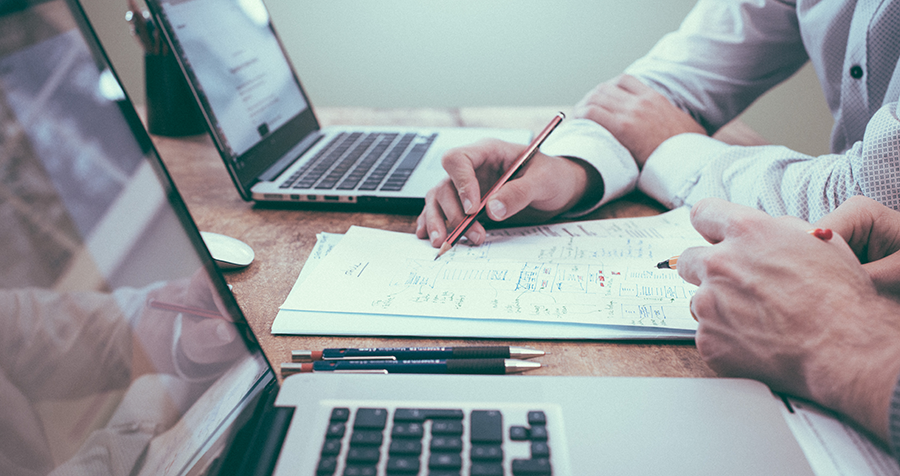 What New Jersey recyclers need to know about A-901 License Approvals.

This is the part where you need to pay attention good because this is what's going to be necessary for anyone in the recycling industry in New Jersey if this law passes.

Anyone involved at present, or in the future, in the New Jersey recycling business - any aspect of it - will need to get an A-901 license before continuing their business, within 90 days of passage of this bill into law.

It will impact business owners, principals, family members, consultants (yes, that means me!), brokers, and just about anyone else with a key role in that particular recycling center operation in New Jersey. Will this be hard? If you have a clean past and aren't related to organized crime in any way, then no, probably not.

Can you get through the A-901 license registration process by yourself? From our experience, most folks do not do it themselves.

You may have to hire a company like ours to handle the process for you. It's somewhat complicated, it does take some time, and it will cost you some money. I'm referring to the state's fees for the A-901 registration, not the price to hire a consultant (although that will cost you money as well).

Additionally, the NJDEP may require you to have someone go over the rules, regulations, and provide training on the subject as well if you've passed the A-901 license registration process.

So, it will cost you time and money. This means more fees to the State, time spent working on this long & laborious process, professional costs for hiring companies like us to handle the process for you, possible legal fees, and more.

Is this good for business? You be the judge of that.

To learn more about recycling in New Jersey, click here to contact us or give us a call at 609-693-8301 to discuss how we can help your recycling business today.